DECORATIVE AND APPLIED ART OF KARELIA OF XIX-XX CENTURIES 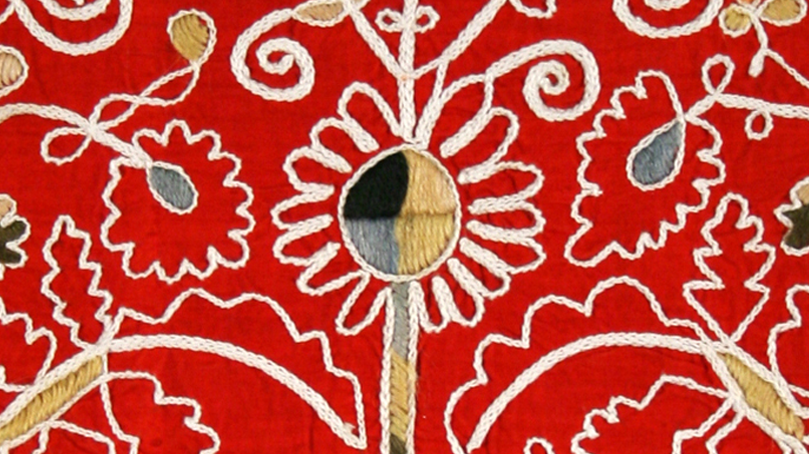 The collection of folk art counts over 2000 works. It includes collections of costumes, embroidery, weaving, wood carving and painting, birch bark, copper and ceramic items belonging to 19 – first half of 20 century also including the works of modern craftsmen.

The collection material allows revealing principal traits and specifics typical for traditional ethnocultural regions of Karelia. Such regions include, first of all, the area of residence of Karelians (most of Karelia excluding eastern and southern districts), among which the region of Segozerie (middle Karelia) stands out in cultural originality.  In southern Karelia these areas are populated by Ladoga (livviks) and Onego (ludiks) Karelians as well as Vepsians (southern Onego area).  Local Russian population inhabited the territories of Zaonezhie, Pudozh, Pomorie (Karelians live in the northernmost parts of Pomorie). It is necessary to add that the Museum holds a large number of folk art exhibits made by Vepsians from Leningrad and Vologda regions, as well as Izhora, an ethnic group close to Karelians in language and culture, and living in Leningrad region.

Wood carving and painting (distaffs) and embroidery make up a significant part of the collection. A great advantage of the collection is the exactness of information on the origins and area of use of most exhibits.

Embroidery reflects all characteristic types of ornaments (geometrical, plant, anthropomorphic, zoomorphic, ornitomorphic) and principal seams (two-sided, stitch, setting, cross, tambour, including tambour on mesh – white Olonets stitch on a pattern). In spite of the fact that most works are dated by 19 – 20 century, there are strong archaic traditions in them.