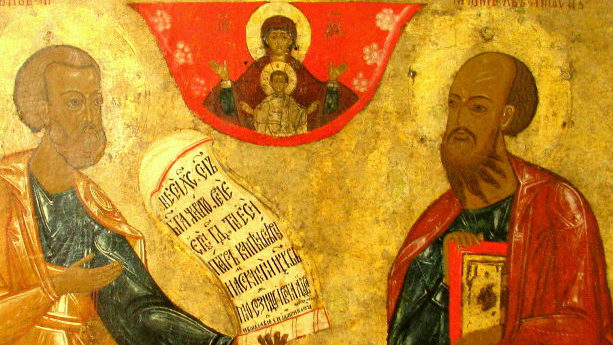 The gem of the museum is the icon collection containing 2500 exhibits.

Nearly all the icons were collected on the territory of modern Karelia reflecting the development of icon painting in two historic regions of the Russian North – Obonezhie and Western Pomorie. Originality and uniqueness of this collection is in the fact that the art pieces presented here reveal the spiritual world, religious beliefs and artistic ideals of the northern, prevailingly peasant Rus.

This fund unites several collections, put together in Karelia during the period over one hundred years starting from the second half of the 19th century. Here the icons from the once rich collection of the Olonets diocesan archives established in 1903. The biggest part of this collection comprised art treasures taken out of old-believers’ praying houses of Vygoretsia.

This collection was transferred to the Karelian Museum of Local History and later enlarged by the items from 1918-1920s, as well as the period of the Great Patriotic War and findings of the first post-war years. During 1960-1963, practically all the icons were transferred from the Museum to the newly established Museum of fine Arts of Karelian ASSR, whose surveys added quite a lot of new icon painting monuments to the ancient Russian art collection.

Of great artistic value is the museum collection of the Novgorod period icons in the history of Obonezhie. It allows us to trace the influence of icon-painting of the Great Novgorod on the process of art development in the Northern Russia during 15-16 centuries, of learning and developing ancient traditions, which manifested themselves especially brightly in the icons of the 15 – early 16 century that today are the pride of the Museum and nearly completely included in the permanent exhibition.

Northern icon painting of the 16 century is represented by such unique in their artistic expressiveness items as “Assumption” from Vassilievo village, “The Deesis Tier” from Chasovenskaya village, “Saint Eustatius and Trifon” from Pyal’ma, “All Saints’ Sabbath” from Pebozero and many others.

Special richness and diversity is typical for the icon collection of 17 – 18 centuries comprising the main part of the collection. Numerous style versions of local icon painting of this period are assembled into one bright artistic expressive phenomenon known as “northern paintings”. Local masters’ icons from Karelian Segozerie, as well as Zaonezhie, Olonets province and Western Pomorie make up special style groups.

Share:
nextDECORATIVE AND APPLIED ART OF KARELIA OF XIX-XX CENTURIES